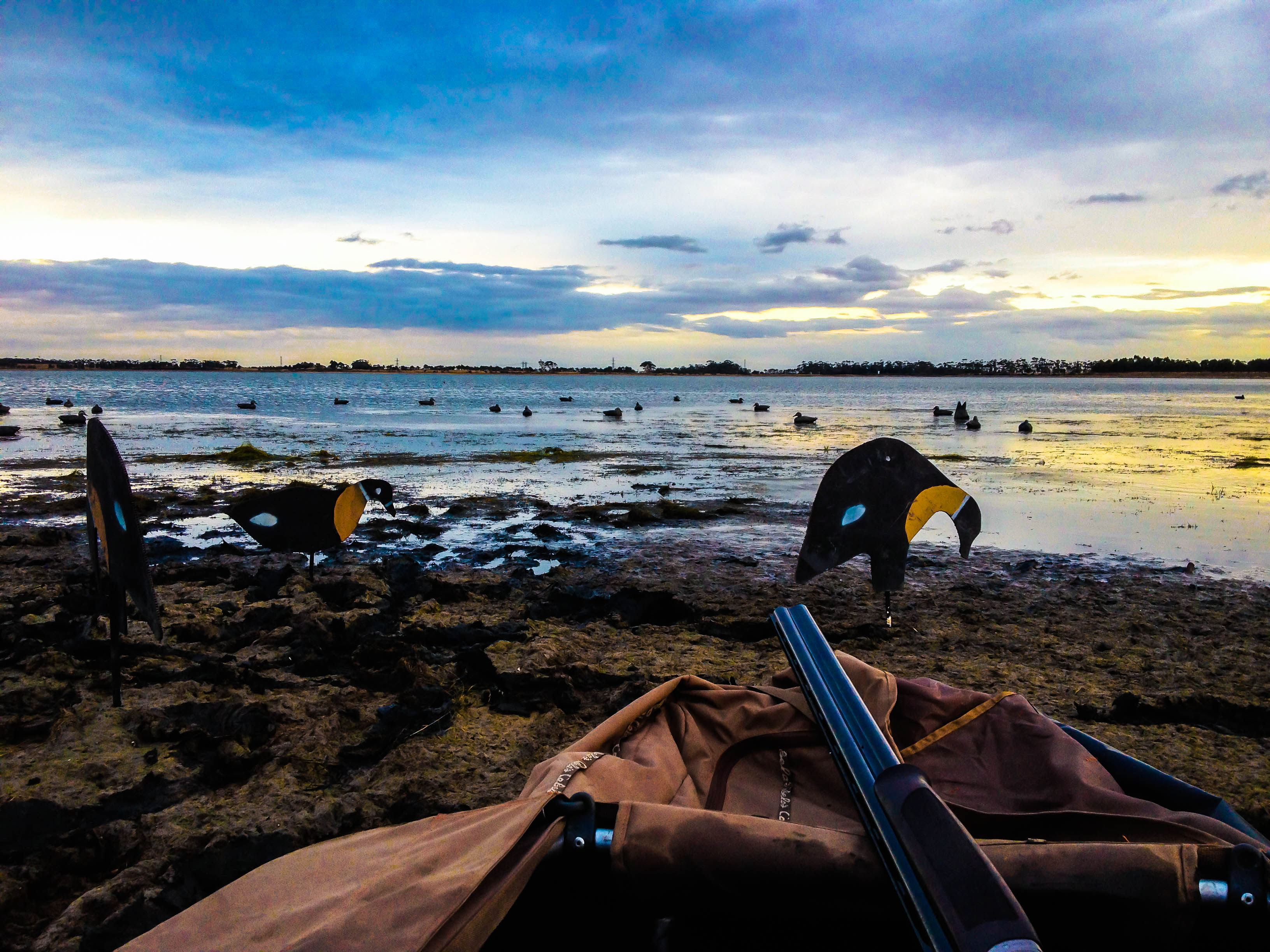 Blinds and hides can be a very effective tool for observing wildlife undetected. Both bird watchers and hunters often use these to either study an animal and its behaviour or increase their chance of harvests an animal.

State Game Reserves have a long history and are one of the few public land categories that allow stakeholders to construct blinds and hides to observe waterbirds and hunt game birds.

However, in order to ensure that the conservation value and wildlife habitat of these areas is not compromised while still providing opportunities for stakeholders to erect blinds and hides, changes have been made to prescribe what native plants can be used.

These changes are contained in the Wildlife (State Game Reserve) Regulations 2014 which can be found at www.legislation.vic.gov.au

People are encouraged to use commercially available temporary and portable blinds and hides where possible. These are widely available and leave no trace in the environment.

It is an offence for people to construct blinds or hides out of any other vegetation found in a SGR that is not listed below. It is also an offence to bring vegetation from other areas into a SGR. After a blind or a hide is used, people are encouraged to dismantle and remove them.

Laws relating to blinds and hides

A blind or hide can be built up to a maximum of 2m in height and 6m2 in floor area. It is an offence to remove, displace, deface or interfere with a blind or hide that is not yours.

The construction of blinds and hides for duck hunting is not permitted in the Discovery Bay Coastal Park, Lake Albacutya Park and the Nooramunga Marine Coastal Park.

Phragmites can grow in large stands, known as reedbeds, which may be as much as 1 square kilometre in extent. It grows in damp ground, in standing water up to 1m in depth but rarely deeper, and can have stems up to 4m tall in certain Victorian conditions. The leaves are long for grass, 20-50cms and 2-3cm broad. It flowers in late summer.

Leptospermum species most likely to be found in State Game Reserves include:

Cumbungi are semi-aquatic plants growing in lakes, dams, irrigation channels, marshes and rivers where the flow is slow and dissolved nutrient levels are high. All species grow in permanent fresh or brackish water Leaves grow in bunches from below water level. The flowers of Cumbungi are distinctive in that they have a cylindrical mass of female flowers, with a spike of male flowers above (see image below).

· flowers December to May.

· leaves grow to 1m in length