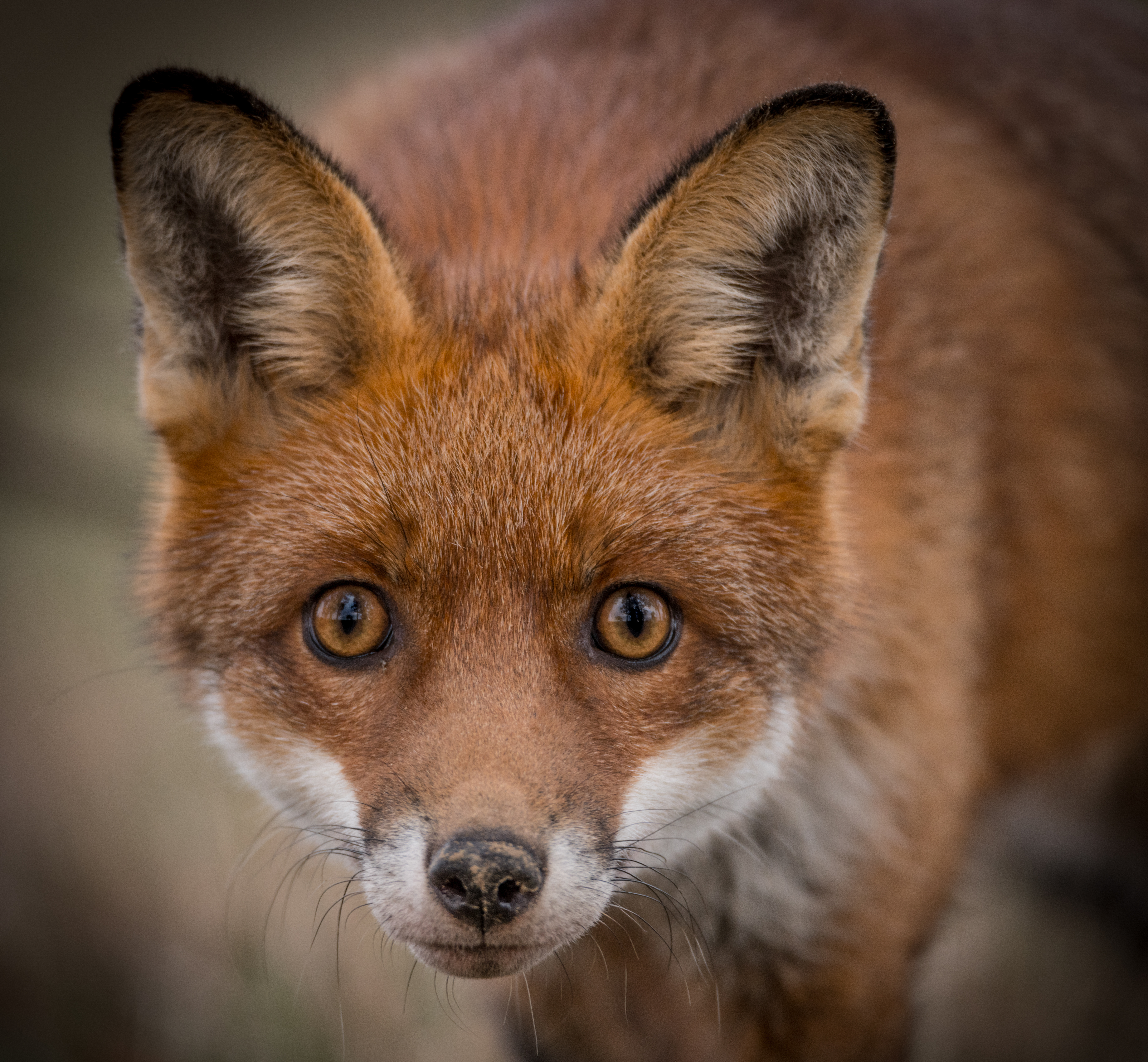 Hunting pest animals is a very popular pastime in Victoria.  Not only does pest animal hunting provide a recreational challenge it also contributes to reducing pest animal numbers in the environment.

In 2013, licensed Victorian game hunters contributed about $59 million dollars to the Victorian economy hunting rabbits, goats, wild pigs, foxes and wild dogs to name a few of the most popular pest species.

Many hunters also make good use of the pest animals they hunt by transforming what is considered a pest into a wholesome meal for friends and family as is often the case with rabbits, goats and pigs.

To apply for a certificate of Registration of interest to hunt pest animals on Crown land visit Service Victoria, Hunting and fishing in state forests or call DELWP on 136 186 Monday to Friday during business hours.

There is no season that applies to pest animals. Pest animals can be hunted all year.

(Photo on the left by Reg Gordon)

Hunting maps
+ Expand all- Collapse all

Respect for your quarry should extend to all animals that you hunt.  You must use the right equipment to effectively and humanely hunt pest animals.

Gundogs may be used to point or flush foxes, hare, or rabbits or to retrieve hare or rabbits. A gundog should retrieve without causing physical injury so that the animal retrieved can be killed humanely by the hunter.

You can use dogs to point and flush pigs. It is a serious offence to use any dog that attacks, holds or maims an animal you are hunting.

Fox hunters who use hounds and horses must be members of an approved hunting organisation who use horses and hounds for hunting foxes. The only hounds permitted to be used for this purpose are 'foxhounds' identified by a legible ear tattoo and registered with the approved organisation.

Rabbit hunters may use ferrets to drive rabbits from burrows.  Ferrets that savage rabbits must not be used in hunting

See the Code of Practice for the Welfare of Animals in Hunting for full details.

Pest animals can be hunted on private property (with the permission of the owner) and in State Forests.

Regulation changes in 2018 allow the hunting of foxes, rabbits and hares during daylight hours in State Game Reserves during a duck season by appropriately licensed game hunters. Please read all the information on this page for more details before you hunt pest animals on State Game Reserves.

Outside of recognised deer habitat, pest animal hunting can occur under spotlight on Crown land that permits pest hunting, such as State Forests.

Spotlighting for pest animals on private land (with permission of the owner) is a popular and effective way to hunt pest animals. However, hunters need to be even more cautious when applying the Firearms Safety Code at night as judging safe direction and firing zones becomes very difficult if you do not know the property or surrounding area intimately.  Therefore, hunting on private property at night should only occur on a property you know well, or in the company of someone who is very familiar with the property and its neighbouring surrounds. The use of dogs when pig hunting is regulated under a number of Victorian Acts, in particular the Prevention of Cruelty to Animals Act 1986. Many of the pig hunting activities that are shown on the internet, on television and described in Australian pig hunting magazines and elsewhere are not permitted in Victoria. These include the methods by which pigs are killed and the ways in which dogs are used in pig hunting.

Sticking pigs with a knife or similar instrument is not permitted, unless this is being done to bleed out the pig after it has been killed humanely, for example by the humane use of a firearm. This sort of activity is subject to large penalties, under section 9 (cruelty) and section 10 (aggravated cruelty) of the Prevention of Cruelty to Animals Act 1986.

The Domestic Animals Act 1994 and the Prevention of Cruelty to Animals Act 1986, including the Code of Practice for the Welfare of Animals in Hunting (revision 1), restrict the use of dogs in pig hunting to flushing the pigs from cover and pointing. Flushing is when the dog finds the pig and drives it from a hiding place. Pointing is when a dog stops and points its muzzle in the direction of the pig.

Dogs must not be permitted to chase pigs down or 'hit up' on a pig. It is illegal to cut off the ears of live pigs to make them more 'challenging' for dogs to hold. In fact, dogs must not be used to hold pigs by their ears (lugging) or any other part of their bodies at all. Dogs must not be permitted to injure or maim pigs in any way, while the pigs are still alive. Dogs must not be allowed to fight a pig. All of these activities are illegal. It is also illegal to train dogs for these purposes. These activities are regularly described in pig hunting literature but are not permitted in Victoria, due to the welfare impacts on both pigs and dogs. Hunted pigs are to be killed humanely and hunting dogs must not be used in ways that will subject them to the types of injuries that occur in these illegal pig hunting activities.

It is illegal to release pigs for the purpose of providing hunting opportunities, and there are heavy penalties for this under the Prevention of Cruelty to Animals Act 1986 and the Catchment and Land Protection Act 1994.

The relevant sections of the Acts and the maximum penalties that can be applied if a person is prosecuted are:

Prevention of Cruelty to Animals Act 1986

Section 10 Aggravated Cruelty: 492 penalty units or imprisonment for 2 years for a person, or, in the case of a body corporate, 1200 penalty units.

Section 13 Baiting and Luring: 240 penalty units or imprisonment for 2 years or for a person, in the case of a body corporate, 1200 penalty units.

Section 28 Setting or urging a dog to attack: 120 penalty units or imprisonment for 6 months for a person.

Section 28A Training dogs to attack: 60 penalty units or imprisonment for 3 months.

From 2 May 2018 recreational hunters can hunt foxes, hares and rabbits on State Game Reserves while hunting for game duck.

The changes deliver an initiative of the Sustainable Hunting Action Plan 2016-2020 under which the Government committed to improving hunting opportunities in Victoria and specifically, expanding pest hunting by exploring further hunting opportunities for game licence holders on State Game Reserves.

The regulations prescribe various conditions that hunters need to be aware of before hunting pest animals on State Game Reserves. These conditions are summarised below -

What are the main changes being made to the Wildlife (State Game Reserves) Regulations?

Previously, pest animals could not be hunted on State Game Reserves unless specifically authorised by Parks Victoria in undertaking pest animal control programs.

The regulations have been changed to enable recreational hunters who are authorised to hunt ducks to use a shotgun, with non-toxic shot, to hunt foxes, rabbits and hares in State Game Reserves during daylight hours of the open season for duck hunting.

Why are hunters only allowed to hunt pest animals during the duck hunting season?

Why are you restricting pest animal hunting to where duck hunting is permitted?

The amendment regulations do not make any changes to where people can and cannot hunt.

Generally, all State Game Reserves are available for duck hunting during the duck hunting season, however wetlands may be closed for duck hunting on a seasonal basis for various reasons including the concentration of threatened waterbirds, the presence of any rare, vulnerable specifies that may be disturbed by duck hunting or due to public safety concerns

To ensure that environmental outcomes are not compromised hunters will be permitted to hunt pest animals in the same areas where duck hunting is permitted.  Hunters are reminded to check seasonal arrangements on the GMA website.

Why can hunters only hunt foxes, hares and rabbits?

Why are hunters required to use shotguns with non-toxic shot to hunt pest animals?

The Wildlife (Game) Regulations 2012 restrict the use of firearms for duck hunting to shotguns and the use of non-toxic shot. Applying this restriction equally to pest animal hunting ensures that this remains an incidental activity to duck hunting and ensures that lead-shot contamination will not occur on State Game Reserve habitat.